Courage comes from self-confidence based on the knowledge you have. Then you have Courage.

I put boxing gloves on your hands and I say to you, “Get in the ring!” You’ll say, “What am I going to do with these?” There is no way you are going to go in there! If they put a big guy in front of you, you’ll even say, “I’m not going in there! He’ll kill me!”

But if you know the gloves, if you know what to do with them, if you have many elements of knowledge of that, you’ll automatically say, “Well, I’ll go in. I may even get beat up a bit, but I’ll…”

What lacked in the other one? Courage.

And where did the Courage come from? From the knowledge you have experimented with, from the elements you have to make the set of your life.

That is why you should be more afraid of the coward than of the courageous, because the courageous, having more knowledge, will be more just! And the coward, having no knowledge, will always act through injustice. In other words, a courageous man is always virtuous, because he knows the art he practices. The coward is unjust and vicious; he does not know the art he practices for he does not have elements from the very art he intends to practice. 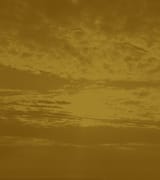 Here we seek to develop the Much Better World. Many

Everything that exists in humanity is always relative, therefore, subject