THE DILEMMA OF GIVING THANKS

At the hours of the day when a planetary conjunction determines the day of birth of a Teacher, also considered by all as a Master in Philosophy, a perfect, singular and magnificent homage occurs, in which the one who is being honored is compared to prominent figures in History and is given gifts as only gods are given. It is necessary to give thanks.

“What a great opportunity and with what pleasure should you give these thanks, sir, given the ease with which the elements present themselves for this!”

“Ah, poor mortal soul, still justifying the much learning that you have yet to acquire! So, don’t you realize that I find myself before one of the most difficult tasks that I’ve ever been presented with in my life?”

“I don’t understand, Master. What task? What difficulty? Are you, sir, by chance, referring to some sort of difficulty in giving thanks?”

“Exactly, my dear disciple, and to make it clearer to you, I will make you aware of my reasoning: the distinguished, honorable position in which you have placed me, and which certainly dwells in the minds of those who are paying me this homage, is high, and only a Philosopher, a god, is worthy of it. Now, the Philosophers, the gods, figures of such Size, know and have as Principle, Humility – their most notable virtue. Therefore, by this reason of homage, I should not and cannot accept it, since by accepting and giving thanks for it, I would be taking away the virtue of the one being honored. Thus, I would no longer be authorized, by the very reason of the homage, to be the one being honored.

I reiterate: for such a magnificent homage, I cannot and should not give thanks. If, however, I observe those who are honoring me, I’ll see that they are my own pupils! And it is at this point that things get complicated! How could a Teacher not give thanks or accept homage from his own pupils? If he doesn’t accept it, he’ll be denying the approval of what he teaches. He will be undoing the authority which, by itself, teaches. He will be destroying the number 1, generator of 2, 3, 4, and so on. He will be taking away the reason of being of the Example, manifested by those who transform learning into Action. Finally, he will be decharacterizing both figures: the Teacher and the Pupil. Therefore, all this considered, I should give thanks for the homage.

Do you realize now, o disciple, the conflict in which I find myself, especially bearing in mind that the object of the homage is the same, Teacher and Master in Philosophy, and by giving thanks or not giving thanks I would destroy, in either way, in the same object, four figures?

“Four, Master? I can only see three: the Philosopher, the Teacher and the Pupils. Did you say four, sir?”

“Yes, I said four, and the fourth figure is represented by Hope. The Hope that exists within many, in Humanity, to become one of the three.”

“I agree now, Master, that this problem is unsolvable, and I wouldn’t wish to be in your position.”

“Know then, o disciple, that you should wish to be in my present position one day, and that day will be the day when you know that it is not unsolvable, because by then you will have already considered the existence of the Realm of All Possibilities, making the impossible unviable.”

“By Noah’s beard! Tell me at once, Master, how to give these thanks, while I pray to the gods for the capacity to understand.”

The Master, to all present: “I thank you for the homage that at this instant is being offered me. However, I consider as a gift not the homage, but the ones who are honoring me, who were given to me as a gift by a Supreme Being, who in His benevolent campaign towards the people of Earth, has chosen me as a Guide, granting me permission to make use of His Philosophy. And in His greatness, also allowed this set to assimilate and manifest all His teachings, as is happening today, showing one more of His Virtues: that of a Teacher. Hence, with Humility I thank God, because I accept you and however many more may come, longing for this guidance. Bad, good, they’re the environment I deserve for my mission.” 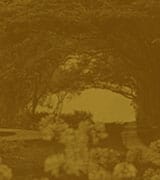 As new experiences occur, the brain assimilates new elements to 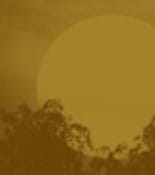 The behavior of today’s man attests to his poorness of knowledge regarding the life factor. So, modern man spends

As new experiences occur, the brain assimilates new elements to fill its storage capacity. This material will be used as life goes on,

The behavior of today’s man attests to his poorness of knowledge regarding the life factor. So, modern man spends his whole life dying and, at the end, becomes afraid of death. Could it