In a lecture to young people

We have been observing a behavior that comes from a lack of comprehension, a lack of understanding, or from the partial understanding of what we have been stating here. The questions, or partial knowledge, derive from the fact that each one retains only what interests them.

Let’s imagine that the TV is on, and an engineer, a doctor, a housewife and a philosopher, someone who likes philosophy, are watching a show. So let’s see these people’s behavior.

It’s a lecture. When the lecturer is talking about the medical aspect, the doctor will open his ears to it. When they go on about cooking, the doctor will not retain that knowledge, because he doesn’t feel the need, since that is outside the limits of his action. But the housewife will pay attention! And the engineer, to his part. And the philosopher, or someone who likes the subject, will consider the mind aspect, and so on. Each one will consider, will stop at their own point of interest, their own need. However, a set was transmitted.

If everyone acted not only according to their own needs, but to the needs of others as well, if they acted with the comprehension that from each one of their acts will result harmony or disharmony to others, then the lecture would be heard in its whole, and they would behave accordingly: there would be harmony.

However, when one hears, knowledge is always partial; partial according to people’s needs.

(…) No one can be harmonic if they haven’t analyzed the pieces of knowledge, and particularly the knowledge inside them. Therefore, without an inner analysis, no one can build anything better.

Condition is required, and condition is acquired through analysis. Otherwise, everything remains the same – hence partial knowledge.

Therefore, when stopping at a piece of knowledge, pay attention according to everyone’s needs, because that is integration. Then Respect arises. 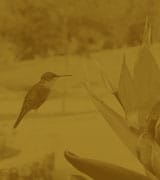 Your presence is the present that encourages those present who, 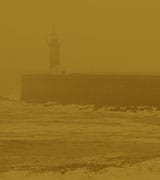 A dwarf or a child comes near the Pyramid of

Your presence is the present that encourages those present who, in the present, build the future Much Better World for those still absent.

A dwarf or a child comes near the Pyramid of Cheops and says, “Either you give me some ice cream or I’ll knock