“(...) it was thinking and studying that one day we stopped and began to look at the sky. It was night! We saw a star, and then another and another, till the millions and millions of stars that exist. (...) Looking at that greatness of the Universe, we realized our size. Who am I before all this? Who are you? Who are we? Crazy, utopians or idealists? Crazy for an ideal of a Much Better World!”
Dr. Celso Charuri
December 8, 1979

More than 40 years of history, thousands of people and the same simple gesture, that of giving. Giving opportunity, hope, giving to show the way to a world of solidarity, just and fraternal. This is the job of the General Center for the Tithe PRÓ-VIDA, to give an example of the action that generates harmony between different people, creating conditions and new possibilities. This is the natural behavior of people who have expanded their consciousness and have come to feel responsible for the environment in which they live and for their fellow beings.

As a result of this process of expanding their view beyond themselves, a group of PRÓ-VIDA participants accepted Dr. Celso Charuri’s proposal and the General Center for the Tithe was founded on October 12, 1979, in the city of São Paulo, Brazil. Two months later, the first donation was made in the city of Birigui, state of São Paulo. Since then, this movement has only grown. 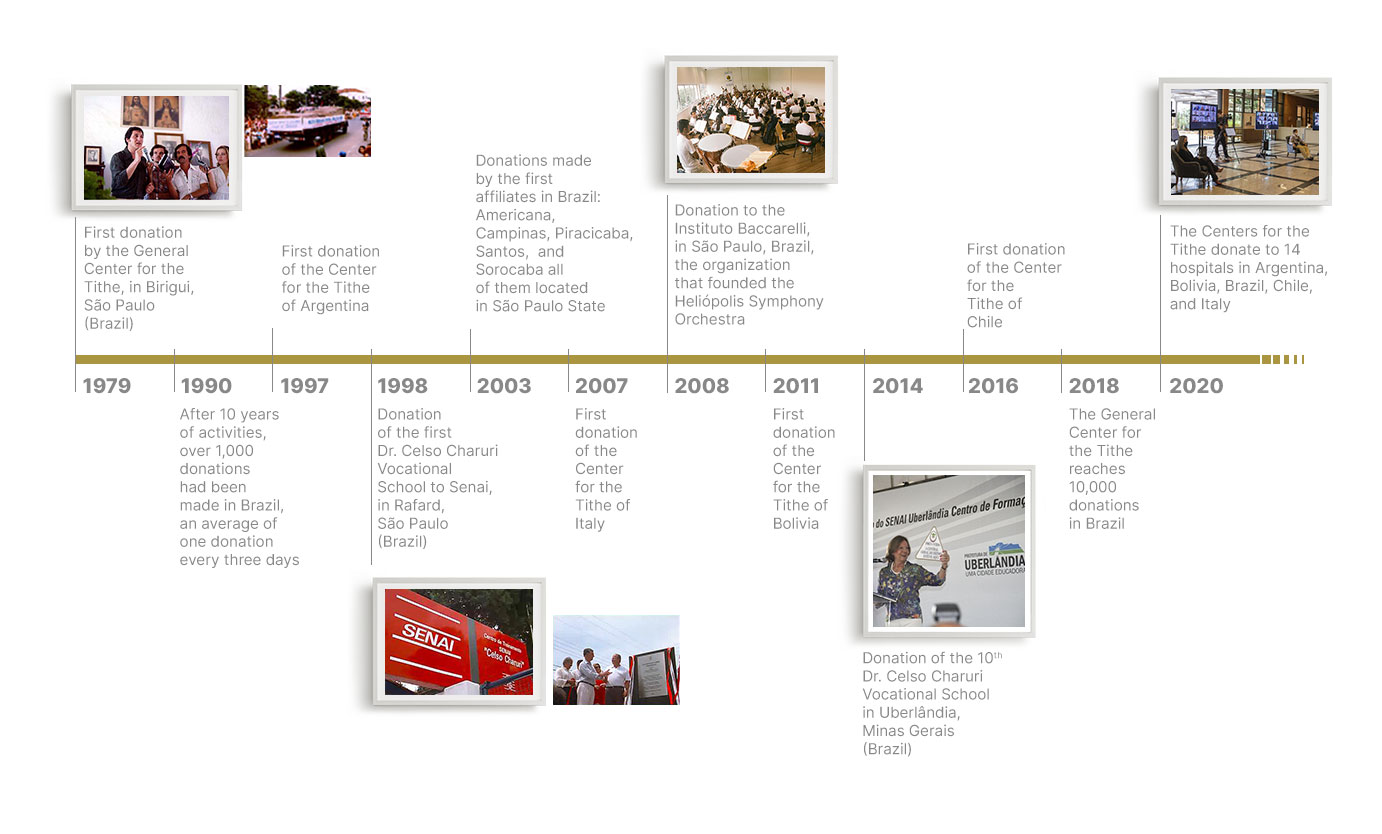 Currently, there are Centers for the Tithe in Argentina, Bolivia, Brazil, Chile and Italy and 23 affiliates in Brazil. Together, they have made almost 12,000 donations to charitable and philanthropic social assistance institutions and built 13 vocational schools.

The funds are donated anonymously and spontaneously and are used in full to assist charitable institutions – the General Center for the Tithe has no operating expenses. The Centers for the Tithe and their affiliates are independent: there is no financial link between them. The work is carried out voluntarily. All financial transactions have been accounted for since its foundation and all operations, statements and balance sheets are audited by an international company and presented at the Annual General Meeting.

Since the foundation of the General Center for the Tithe, in 1979, around 12,000 donations have been made, benefitting charitable institutions in various parts of the world.

Among the donations, we highlight the construction of vocational schools – a project idealized by Dr. Celso Charuri, with the objective of offering young people the possibility of professional training.

News in the media

Here is some material that has been recently published in the media, about the donations made by the General Center for the Tithe and its affiliates.