This modification can only be made with an exchange of “Ms”, in other words, transforming the individual, taking the barriers from him. Not the barriers that come from the outside; the barriers that come from within. That’s why we say that we are not for revolution – revolution. We are for evolution. It becomes very clear, right? We are for evolution. This is how PRÓ-VIDA thinks. We believe that if we evolve man, if we take away the barriers, if we transform the small man into a Big Man, if we give the means so that each one can remove their own barriers, if we give each one the means to know themselves, so that later, knowing the other, together with the other make a suitable environment for both.

Only the one who comes to BE what they’ve learned will be able to feel the effects of Evolution. It’s impossible, impossible to just Have the knowledge and to Be… It’s necessary to work in order to Be. Having is useless. I don’t debate with those who have knowledge; only with those who are the knowledge. And then we don’t debate; we talk. And it’s easy to see this, during our courses you’ll soon realize how easy it is to see who is and who has. You’ll soon notice all this.

Look at the situation, the World Panorama, and ask yourself this question. Does man want and doesn’t know how, or could it be that man doesn’t want?

To us it doesn’t matter too much, for now, the management of this situation. What matters to us, now, is to recognize those who are united by a higher purpose. United by an Ideal. And you’ll see it’s not easy, even though many of you think you already are, you’re not; you can’t be. Not yet.

Because later on, when we recognize those who are united, we’ll apply something that is called joining together, putting together. You’ll soon see an emblem – very soon – of this. We’ll say: If you’ve already comprehended Union – union for an Ideal, union within Friendship, union within the Principles, union with something greater, with a greater spark within you, Union with good principles… So, if you’ve comprehended… You who have comprehended Union, strengthen yourself by Joining Together. This is maybe the difference between uniting and joining, you know? Idea of set, idea of individual.

Don’t forget what PRÓ-VIDA’s method is: not revolution; evolution. Not a small man; a Man with a capital “M”. To grow within, so as to manifest what’s good. 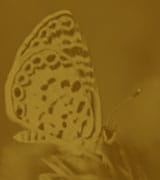 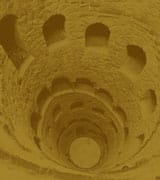