Is there a dose of Love? Can Love be given in doses? Love has no dose. It is the total essence of plenitude.

The expression “dose” suggests the idea of weight and, if Love is weight, it would overload and lead to suffering, since it would depend on distribution in doses by weight; it would overload in weight. It is the contrary: in Love there is a feeling of plenitude, which is lightness beyond light, where there is no opposite. Then, if this is the feeling of Love, it could never be given in doses, since it is a state of plenitude.

Now, hate is different: it has dose. Therefore, it’s not the contrary of Love. Hate is between light and heavy. Love is way beyond, because it has no contrary. If Love transcends lightness or weight when it manifests, it is milder, therefore fine, it always interpenetrates everything. Everything else has its different and contrary.

What would be, then, the objective of any person? To reach something absolute, without equal and contrary; therefore, to attain the state of Love. It is the 1 in the triangle that nourishes all the others.

And who nourishes Love? It sustains light and heavy. It sustains the balanced states. Its energy becomes the desired point, or the only point one wants to reach, because unconsciousness is not the same as the unconscious; it doesn’t exist.

Everything that is in the law of balance is in the law of conflict. And conflicts are the blades of the propeller of the wheel, because they maintain the movement that is Life, that is the Universe.

So, in the movement is the cause and the effect. Or movement is the cause and the effect, because, in being in the spiral of the movements generated by the antagonistic, the essential factors – that have different dose and weight – move at one or the other end of the axis. And as the essential factors at one end of the blade move, at the other it provokes imbalance, conflict, which keeps the blade in movement.

There being no antagonistics, in other words, transcending the plane of the antagonistics of the movement – movement that is the Universe – would be the generating point, whose luminous emanations allow for the difference in the essential factors that will be placed at the ends of the blade; the point they unconsciously aim to reach.

Who nourishes this point that nourishes all? Among all, I have already told you who nourishes it. This knowledge that makes the beauty of the Universe is what frees you. Can you understand that this is what Love is? Only through the mind could you achieve this. It is state of grace. It is an explosion.

Everywhere there is always a need for explosions, so that there can be a release from the states of bonding of matter, earthly aspects, and so on. If you want to leave the planes of attraction of matter, this is the way: Light.

This shows that there is no obligation to leave the crude matter – earthly, and others that exist throughout the Universe. But whenever you are attached to material aspects, you will always be attached to the tridimension, no matter where. And this also shows that you can take a very big leap to leave, and have no more attachments. Or not follow the path, leave the third dimension, and return to a cruder level. As Dante says: inferno. Free will comes into play exactly to keep this in balance and in movement.

The inconstant search for knowledge leads to the constant pleasure of the senses.

How long did it take to perfect the automobile? Know then that the human structure took centuries, thousands of years to evolve, and is evolving within the three-dimensional plane.

How old are you? Have you figured out a formula to answer this? Just observe the knowledge that was recorded by observations made by the sensory organs throughout the thousands of years. The more, the older. The cause and the effect together. The very energy of the will is greater or smaller according to the knowledge. The more factors of knowledge, the greater the energy release. 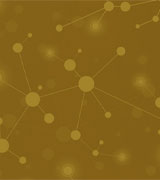 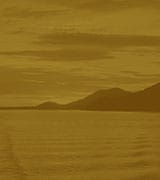